Why no one’s investigating Wall Street


Why no one’s investigating Wall Street

The government finds money to crack down on food stamp "fraud." If it wanted to go after finance crooks, it could 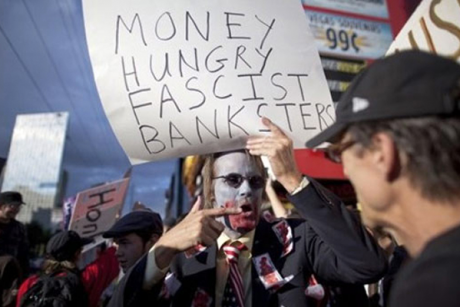 (Credit: AP/Julie Jacobson)
TOPICS:WALL STREET, BARACK OBAMA
When it comes to our government’s collective refusal to aggressively investigate — much less prosecute — Wall Street crime, one prevailing line of apologism implies that it’s all about resources. As the general fable goes, Wall Street is so sprawling and so lawyered up that public law enforcement agencies simply don’t have the resources to make sure justice is served, especially at a time of budget deficits. In this story, Wall Street is not simply too big to fail; it’s too big to even police.
The motivation for such myth-making is obvious: It wholly absolves elected officials for their decisions to let their financial-industry campaign contributors off the hook. Yet thanks to recent events, the whole “Too Big to Police” rationale is being exposed for the farce that it is.
Continue Reading

David Sirota is a best-selling author of the new book "Back to Our Future: How the 1980s Explain the World We Live In Now." He hosts the morning show on AM760 in Colorado. E-mail him at ds@davidsirota.com, follow him on Twitter @davidsirota or visit his website at www.davidsirota.com.  More David Sirota

Posted by firesprinklers at 2:15 PM